Home / Reports & Publications / Afghanistan and the false sense of safety

Afghanistan and the false sense of safety 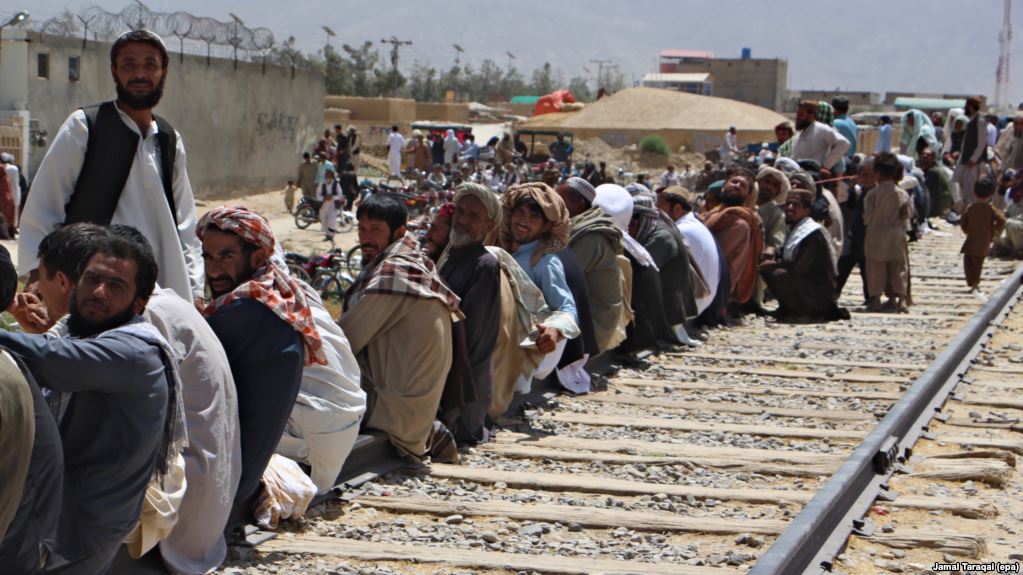 The campaign to categorize Afghanistan as a "safe country" is misguided and perpetuates the cycle of displacement for Afghans in Europe, Iran and Pakistan according to Evan Jones (APRRN).

Located in the heart of south-central Asia, Afghanistan is widely considered to be one of the world’s poorest nations. It also has the unfortunate reputation as a country with a high-degree of political instability – a nation that has developed millions upon millions of refugees over the past few decades.

Interestingly, the last few years has seen several nations around the world begin to categorize Afghanistan as a ‘safe country’. Courts in the Netherlands, the United Kingdom and Germany have declared that individuals from Afghanistan are no longer in danger should they be returned to their homeland. This has been further emphasized via the inking of a repatriation agreement between Turkey and Afghanistan signed in early April 2018. Since this agreement was signed, more than 7,000 individuals have been returned to Afghanistan with many more surely in the pipeline.

These actions by countries in the global north therefore raise the obvious question – is Afghanistan really safe for people to return? During a recent trip to Kabul to meet with various international organizations, national civil society bodies and local NGOs, there was one key element that permeated every one of my discussions i.e. the overwhelming feeling that Afghanistan is still not suitable, nor ready, for refugees to return. Whether it was talking to international organizations about the severe challenges that returnees face when accessing the Tazkira (national ID card), to returnee internally displaced persons (IDPs) discussing how ISIS or the Taliban now occupies their villages – these problems are both complex and multi-faceted. From these discussions alone, it was blindingly obvious that the security and political situation in Afghanistan means that refugees cannot be guaranteed a safe place to return to.

It’s important to highlight that it’s not just European nations that are mobilizing resources for the return of Afghans, but it’s some of Afghanistan’s closest neighbors as well. In the first five months of 2018 alone, an astonishing 260,000 people have returned from Iran. Whilst it’s difficult to ascertain exactly how many were forcibly deported, how many decided to “spontaneously return” (and I use that term loosely), and how many were coerced due to hostile living conditions, the fact remains that these are huge figures. Amazingly – despite more than a quarter of a million people having been returned – almost zero international media outlets have touched upon this issue to date. In fact, a simple Google search, a very rudimentary litmus test of determining media coverage in 2018, yielded reports and statements that are exclusively from civil society or non-governmental organizations.

By comparison, when looking at the number of officially registered refugees that have retuned to Afghanistan from Iran in 2018 as determined by the United Nations High Commissioner for Refugees (UNHCR), there are a grand total of 400 people. According to UNHCR, almost all of these returning refugees are young males, looking to acquire new identification documents before returning to Iran to commence their tertiary studies. It is no surprise that these two sets of numbers simply do not mesh. Whilst the remaining 259,600 may not officially be declared refugees due to a lack of official registration status, they have undoubtedly been living in refugee-like situations for years or even decades.

Throughout my time in Afghanistan, I was curious to learn about people’s migration experiences. Were returnees born in Afghanistan or were they born and raised in a neighboring country to Afghan parents? Why did they return? What challenges (if any) had they faced? What would they do next? It was during a visit to an internally displaced persons camp in Kabul, that I came to learn of the incredibly complex nature of people’s migration experiences. Perhaps the most striking was a young man by the name of Nazir* from Herat Province. Originally born in Afghanistan, he had left for Pakistan with his family when he was a young boy to escape the oppressive Taliban regime. At the age of 26, he decided to return to Afghanistan. Whilst this was ostensibly ‘voluntary’, the young man was clear that the living conditions he experienced in Pakistan provided him with no choice but to leave. With constant harassment from the local police, the imminent threat of deportation, and a crucial lack of livelihood opportunities, returning to Afghanistan was his only option. Asked what his future held, he inferred that it most likely meant remaining in the IDP camp until Afghanistan improved. With no access to his family’s land, and facing severe threats to his personal security in his village, he decided that life in an IDP camp is the only tenable option at present.

For many refugees, returning to Afghanistan does not provide them with any durable solution by which they can re-establish their lives. Instead, many are forced to subsequently internally migrate, like Nazir, or potentially re-migrate to another country. In the case of the 260,000 odd people recently deported from Iran, a number will certainly make their way back to Iran to reunite with friends, family and loved ones. For others, they may make the journey even further east to Turkey, or perhaps even further afield again.

Perhaps one of the most shocking migration options that some Afghans have been taking is relocating to Iran for enlistment in the Iranian Army. According to a number of NGOs in Afghanistan, there has been a recent trend of young males moving to Iran with promises of stable visas and accommodation for their family. In exchange for housing and regularized status for their families, these young men are being sent to Syria as proxy soldiers for the Iranian Army. Of course, such a decision will likely mean that many of these men will die, serving as cannon-fodder for the Iranian Government’s own self interests.

The return of refugees and other forcibly displaced persons to Afghanistan is a complex issue that requires long-term engagement and support from a range of stakeholders. It is not a situation that can be solved by simply deporting hundreds of thousands of people in just a matter of months. It is time that the international community takes note of this situation before more people are returned to places where their lives and liberty are at risk.