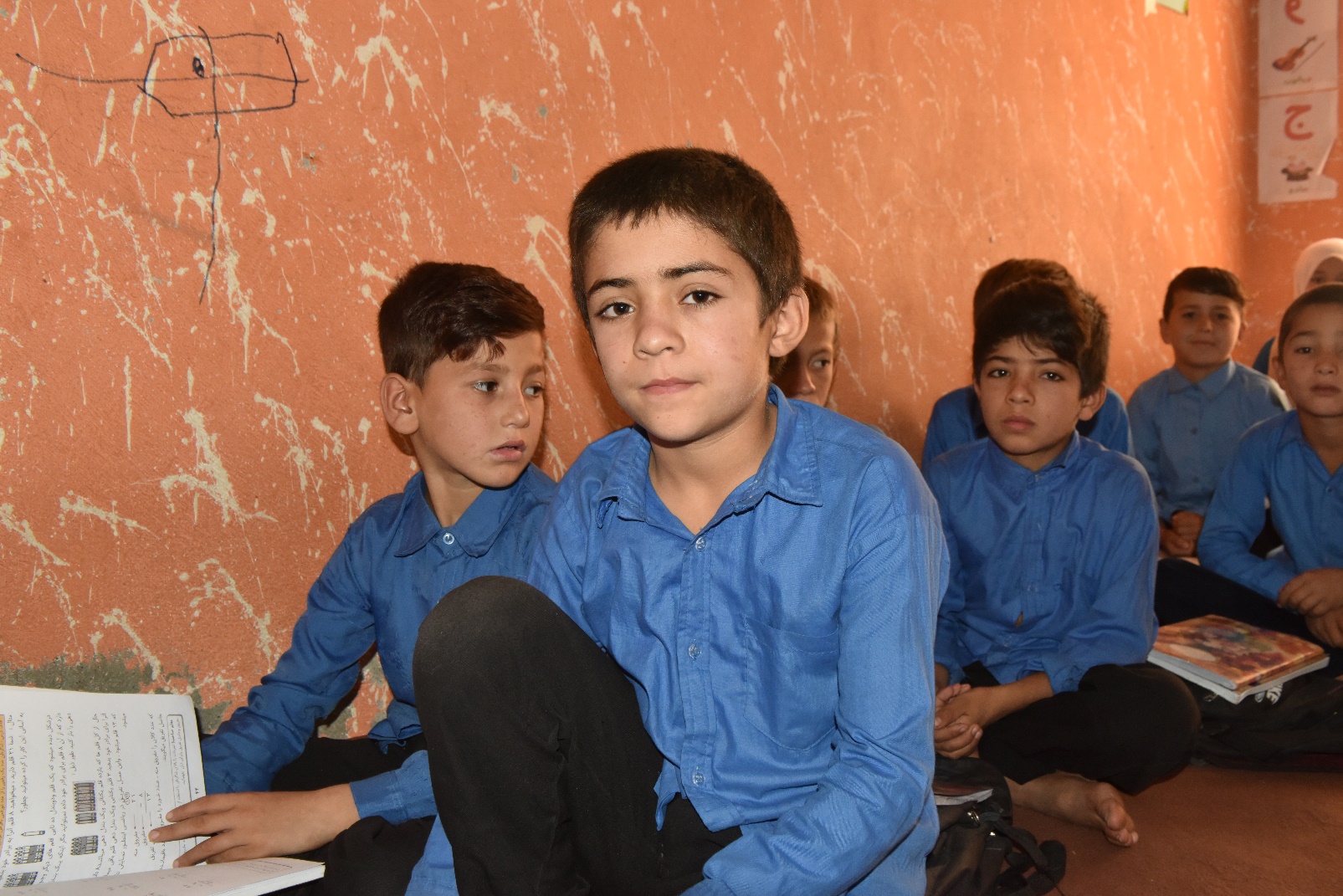 ‘I want to be a teacher in the future…to educate my people. When I educate them, they will not fight and our country will have peace.’

Hussain is 11 years old and currently lives in a village near the city of Kunduz, in northern Afghanistan with his family which includes his two brothers, sister and his parents. The impact of prolonged conflict in their home village, where his father worked as a farmer, meant the family had to make the hard decision to uproot them and flee to safety elsewhere. Working on the land and cultivating was no longer possible due to high security risks. They thus became internally displaced persons (IDPs) in their own country.

Even though their displacement has occurred within the same province, children like Hussain nevertheless have experienced a disruption to their lives. The first challenge for them is lack of access to any educational facility that would ensure they can continue their studies.

The village the family sought safety in does not have any formal schools nearby. To access the nearest school would mean going back and forth to the main city, something Hussain’s father, Raziq, was uncomfortable with due to the distance involved. ‘Since we’re very far from the governmental school, we’re not able to afford the transportation costs for the children’, says Raziq.

By establishing Community Based Education (CBE) classes, Save the Children Afghanistan has enabled boys and girls like Hussain to continue to access education. Classes are established in homes and other safe locations identified by the community, that are convenient for the children to reach. The CBE classes are provided with all that is necessary for the students and teachers, including classroom, teacher and student kits.

‘Now my child has all of the education materials needed and is learning in a very good environment. He’s very passionate to go to classes every day to class and learn something new. I’m also happy for him, because he’s brightening his future’, Hussain’s father proudly tells us.

Ahead of World Refugee Day, the UN Refugee Agency, UNHCR, announced that, at 75.9 million, the number of displaced people has reached unprecedented levels. According to the annual Global Trends report, this includes 45.7 million people who fled from their homes to other parts of their own country – just like Hussain and his family. According to UNICEF, an estimated 3.7 million children in Afghanistan are out-of-school. Hussain could have been one of them if he would not have access to Community Based Education in his new home.

Save the Children Afghanistan’s project for CBE classes has been made possible through the support of the German Federal Ministry of Economic Cooperation and Development(BMZ). For more information visit https://afghanistan.savethechildren.net