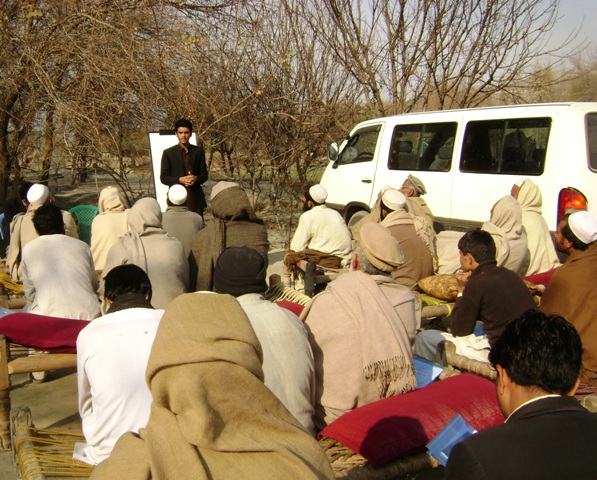 After conducting the Conflict Resolution and Peace Building workshop and continues support with selected CPC and YG Committee In Zalmabad village of Surkhrood District became able to solve successfully the local disputes.

ADVS trained selected Members of the youth Groups and as well as community peace councils (CPC) working with people in the district to resolve local-level conflicts with support of ADVS office in the target zone.

The following is an example of how ADVS-led effort to resolve conflict between two groups, and how conflict-related behaviors can be changed.

A Peace building and conflict resolution workshop which was held in Nangarhar province of surkhrood district by ADVS and with finincial support of TAWANMANDI organization.

Whenever, a three days peace building and conflict resolution workshop held by ADVS office in zalmabad village of Surkrood District. our youth group and community peace councils (Ygs,CPC) gathered and decided to end this conflict on actual basis.So with close coordination of (YGs, CPC) , community elders and religious scholars have solved the entioneddispute.

Now they are both glad with (Ygs,CPC) decison. In addition, they demand such more workshops to be conducted in their villages.Now,both are happilly living in their village.