Home / Reports & Publications / Violence on the Front Line: Attacks on Health Care in 2017

Violence on the Front Line: Attacks on Health Care in 2017 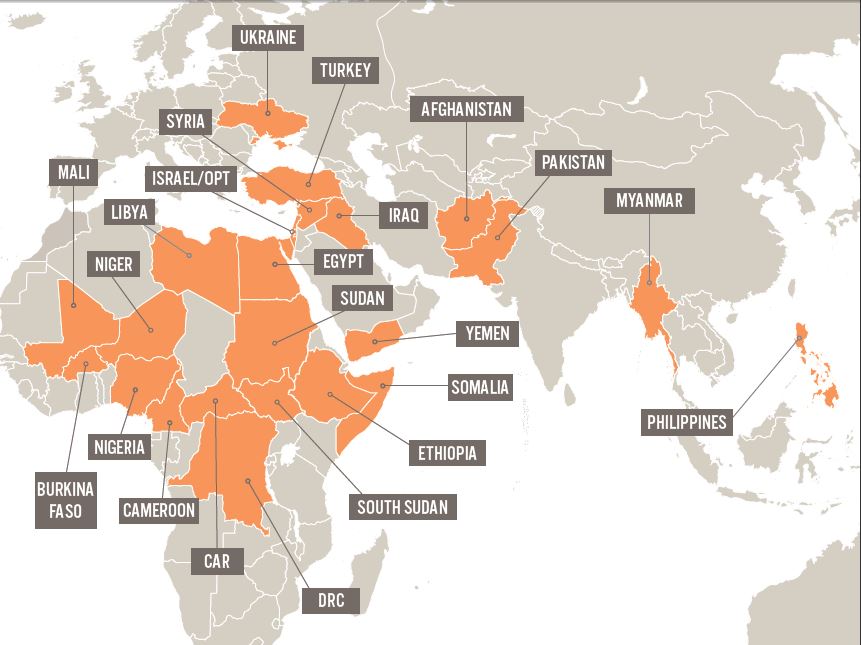 The new report “Violence on the Front Lines” documents attacks on health care in 23 countries in conflict in 2017. Again the data shows attacks on health workers and facilities are a global crisis, continuing to affect access to essential health services and life-saving medical care for people already suffering from war or civil unrest.

Coalition members are disseminating the report this week at the World Health Assembly in Geneva and tomorrow at the UN Security Council’s meeting in New York to review actions taken since it adopted resolution 2286 two years ago. The resolution condemned attacks on health facilities and health workers and demanded that governments take concrete actions toward protecting health facilities and medical workers from attack in armed conflict. But since its adoption governments have taken few of the steps needed.

The Coalition recommends quick and forceful condemnation of the attacks on and interference with health services when they are documented. Without a global outcry the ability to curb the continued trend of attacks on health care will be stifled. Additionally, the Security Council must hold member states accountable to the measures required under resolution 2286, and should formally adopt the sensible recommendations made by the Secretary-General in 2016. Read the report for a full list of the Coalition's recommendations.

“We owe the wounded, the sick, and health workers on the front lines of conflict who experience violence more than just our sympathy. In this report, we show the scope of the problem and what must be done in solidarity with them.”

- Leonard Rubenstein, chair of the Safeguarding Health in Conflict Coalition