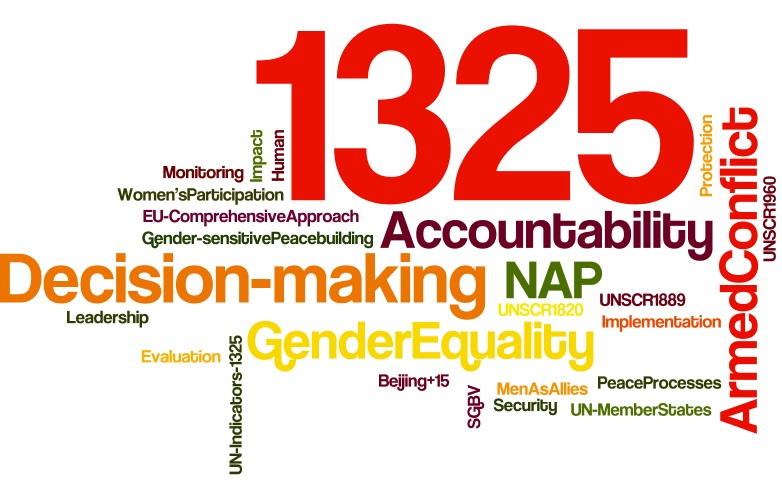 In 2010 and 2011 a group of women leaders were invited by the Afghan government to participate in the Loya Jirga for Peace (Grand Assembly) in which the government consulted over 2500 politicians, tribal leaders, commanders, elders, religious scholars, Afghan refugee representatives from Pakistan and Iran, trade representatives, civil society representatives and youth representatives on its national peace program. While initially, only 20 women were part of the Loya Jirga, but due to the efforts of the women’s groups, activists and the Afghan Women’s Network (AWN) that number increased to over 300 women from all around the country.

The women leaders mobilized hundreds of other women in provinces and in their communities and pressured the government to ensure that women have a seat at the High Peace Council (HPC) and Provincial Peace Councils (PPC) and eventually the government allocated some 15-20 % of the seats to women in the HPC and PPCs. Much of the efforts by these women organizations and activists led to the development & enactment of the Afghanistan National Action Plan for the UNSCR 1325 which is about women’s role in peace and security programs and policies. While the Afghanistan NAP-1325 is an important milestone for progress in getting women participation and inclusion in the peace and security programs and policies, we still have a long way to go. It is worth mentioning even when it comes to numbers, women only make up to 2 % of the total of Afghanistan National Defense and Security forces, for example.

The experiences of many women in the HPC and playing a role in the peace process is not different either. Most of the high-level peace process related decisions are taken without women being present or in men-only set ups like the National Security Council meetings. In an interview, one of the female members of HPC summed up her frustrations in a sentence that “while the rhetoric is there to include women, the realization is missing. They don't believe we make a difference.” To respond this lack of realization & recognition, many women activists use the human rights arguments that we are half of the society and have the right to be included in the decisions around peace and security and this right is guaranteed to women in the Afghan Constitution.

However, some other women organizations like WPSO have taken an evidence building approach to document the contributions and the difference that women can make in combating insurgency locally where they are being created and mobilized. One example of such initiatives is the Women’s Leadership for Local Peacebuilding supported by the International Civil Society in Action Network (ICAN) that is an international organization supporting the work of local peace makers around the world. WPSO provides skills, knowledge & opportunities for local women to be able to resolve local conflicts, prevent younger generation from engaging in violent extremism though campaigning in community neighbourhoods and using that leverage to make their local governments respond. While this is being done in a small scale and in one part of the country, initiatives as such will continue to be effective in mobilizing women in local peacebuilding so their role and contributions are tangible and visible.

As Afghanistan is making progress in in its peace process, and the US Special Representative for Afghanistan Reconciliation and the Taleban confirmed their meetings and negotiations, the role of women in this process and the implementation of Afghanistan NAP-1325 remains an important call by the women of Afghanistan. Having lived under the dark era of the Taleban where women weren’t allowed to get out of homes for any purposes, and were publicly flogged on the streets of Kabul, many women dread their return. However, for the political settlement to end the ongoing conflict, women have their red lines to be respected during any negotiations and agreements with the Taleban.

Today, Afghanistan is different from the 1990s when the Taleban ruled. If we only focus on the number of girls and boys who have graduated each year after 2002, we will have more than 5 million educated women and men who are important contributors to Afghan society & economy, and any political settlement ignoring their perspectives won’t be sustainable.

The NAP-1325 is in its third year of implementation, still focuses on the quantitative progress in terms of the numbers of women in the government institutions, the number of laws enacted for women’s support or the number of women in the HPC etc. We have little progress made in ensuring women’s voices and perspectives incorporated into the macro political discussions and consultations, and decision making. A number of women who have been appointed at the leadership roles in the government are expected not to question their inclusion in the decision-making structures and those who have done, were even forced to resign or face too many back lashes that they had to quit.