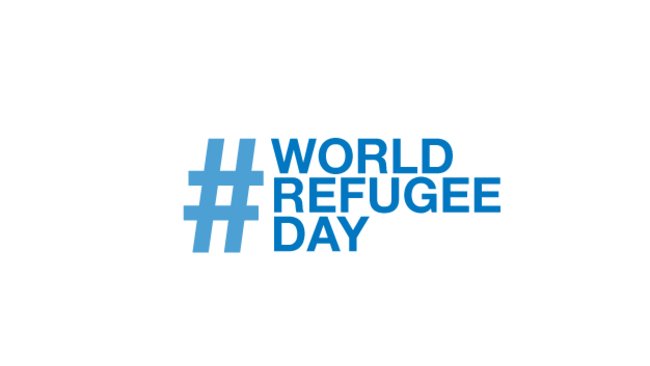 Here is the story of one of our young members: “I came to Norway as a refugee together with my sisters, brothers, mother and father in 2005. After that we got refusal of stay in another European country first, we were very lucky to get residence permit in Norway, after just a short time. We were very happy. The wait and worry of what would happen to us was finally over. Today I am a citizen of Norway, I am university student, and I live a safe and happy life. But I am well aware that most other refugees are not as fortunate as I and my family were. Unfortunately, the feeling of solidarity and compassion doesn’t stand as strong in Norway today as it did when we arrived more than 10 years ago. Too many refugees are therefore sent back to Afghanistan as a result of the government’s efforts to implement strict asylum regimes. I volunteer for the NAC to take part in the organization’s efforts to build a safe and peaceful Afghanistan that nobody have to flee from.”

Another family, a single mother with a young daughter, who arrived a few years later were not so lucky. They were all returned to Afghanistan in 2015. Their stay permits were withdrawn as soon as the father arrived in Norway as the Norwegian Immigration Appeals Board (UNE) found reasons to doubt their story. In-spite winning their case in the District Court, and in the High Court, as well as having a favorable decision of their appeal to the Supreme Court. As a result of the Supreme Court ruling the Norwegian Government has initiated a new appeal to the District Court to stall the case further. In the meantime the family continue to live in hiding in Kabul awaiting a retrial. The family survives thanks to the continued support from a solidarity group in their Norwegian rural home community where the girl went to school and was well integrated. Today, three years after they were returned from Norway, her class teacher still teaches her through Skype twice a week and her chair in her old classroom remains empty as a symbol of hope and that one day the young girl and her family will return to Norway. The case has angered Norwegians from all walks of life and the young girl has become a public symbol in Norway of a growing practice of closed borders throughout Europe.

Many of the Afghan refugees who came to Norway over the past two decades have amazing success stories to tell, one is a news anchor on the main Norwegian TV channel, while other are working as midwives, nurses, and social workers, or studying medicine, engineering and law, all contributing to a more diverse, progressive and democratic Norway. However, in the past few years these success stories have become rarer as more, and more refugees are being returned to Afghanistan and other conflict areas throughout the world. Here is the stories of six young men who were all returned to Afghanistan in 2016 and 2017.

The young men have different ethnic, social and religious backgrounds. One young man with autism was returned to his family in 2017, his family refused to care for him and the young man has since disappeared in the mountains of Tora Bora in eastern Afghanistan. The second young man returned to his family in Pansjir, and has been struggling to get a job ever since. The third young man soon gave up on life in Afghanistan and made his way towards Australia. He is currently living in an Indonesian Detention Centre after registering with the UNHCR awaiting their decision on refugee status. Three other young men received help from the NAC to get their Norwegian school papers recognized in Afghanistan and are all back in school, all three have now graduated from upper secondary school. Two are working as volunteers and part-time intern with the NAC in the morning, while studying at the university in the afternoon, the third one has just left for India where he will study yoga. All three have benefitted from strong support groups in Norway, which shows that without effective support for returnees, much can and will go wrong.

Every week we are contacted by people from Finland, the Netherlands, Norway, Sweden and elsewhere in Europe who need our support in finding lost relatives of under-aged refugees in Europe, in providing testimonies for the defense of asylum seekers in court, or ask for us to help and guide young people who have been returned. As an organization, our mandate is to work to support the development of Afghanistan, with rural development programs, and education of health workers.  We neither have funds to provide for the many that needs our support, nor do we not have the technical knowledge and capacity to engage in asylum cases, or fact-finding missions. Together with many of our colleagues based in Kabul we do what we can during our private time to provide testimony by Skype in court cases, give career advice and assistance to work through the Afghan bureaucracy, and give some practical guidance for the many young people who need our support to reintegrate into the Afghan society.

As an organization we stay committed to our mandate and to our main goal towards making Afghanistan a country to live and thrive in, a country that no one needs to flee from.