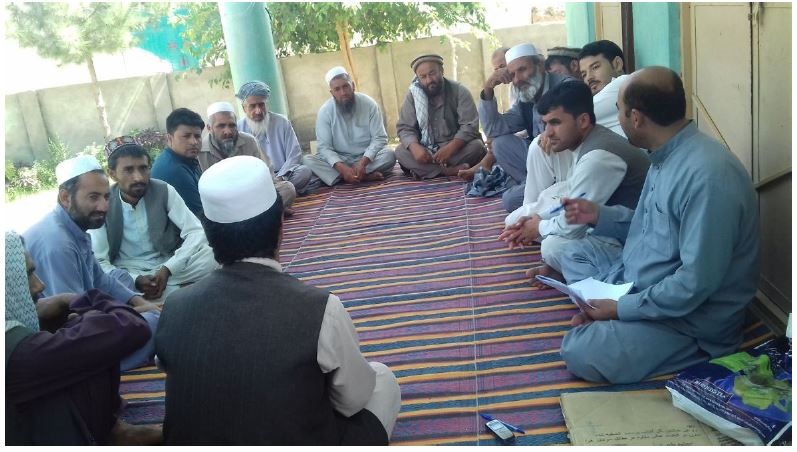 The report notes that generally Citizens’ Charter appears to target the needs of individuals and communities in a way that is meaningful and well-received. Social change has started in the communities covered in this research by fostering and highlighting new roles for women and increasing awareness of poverty prevalence among communities. However, more is needed, particularly in areas where cultural norms and restrictions may inhibit the level of women’s participation envisaged by the program. “We need to see how women can be better engaged in the implementation of activities in the next phase of Citizens’ Charter,” notes Fiona Gall, Director of ACBAR.

According to the report - which covered three provinces of Balkh, Parwan and Zabul - the rollout of the first phase of the Citizens’ Charter has been constrained by the deteriorating security environment. This has meant that project implementation, in many locations, has been a challenge for NGO partners tasked with facilitating the social mobilization components of the program. “The Government should actively engage with NGO partners in discussions about evolving responsibilities in subsequent phases of Citizens’ Charter” states Dr. Ahmed Khalid Fahim, Programme Director of SCA.

While the Citizens’ Charter is recognized as a long-term national program aiming to improve core infrastructure and social services, the report concludes it needs to be better aligned with the community and provincial development plans that are prepared annually by local officials as part of the national budget process. “The Government and donors should hold meaningful consultations especially on ‘Do-no-harm’ principles and make sure the program is mainstreamed into Afghan national budget process and that governance structures are not negatively affected at local levels,” says Sayed Ikram Afzali, Executive Director of Integrity Watch. In this respect, the report identifies the risk of disparity between national priorities such as access to clean water and priorities determined by communities which may differ.

1 Findings should not be taken to be representative of Citizens’ Charter as a whole. Considering the available resources, the research was conducted in three provinces (Balkh, Parwan, and Zabul) and Kabul.
2 The National Solidarity Programme (NSP) that preceded it spent $2 billion through communities.

Bearing in mind the complexity and large volume of the Citizens’ Charter program, the report also found that putting into place independent complaints mechanisms would enable communities to report with higher level of confidence and trust and for necessary actions to be taken to prevent corruption.

The report draws recommendations targeted towards main actors involved in the design and implementation of Citizens’ Charter - the Government, World Bank, donors and implementing partner NGOs.

The Citizens’ Charter is the first inter-ministerial program where Ministries collaborate on a single program in both rural and urban areas.

For the full report, see here.

* ACBAR - Agency Coordinating Body for Afghan Relief and Development - is an Afghan independent body bringing together 152 national and international NGOs working in Afghanistan and abiding by the NGO Code of Conduct which promotes transparency, accountability and the principle of Do No Harm.